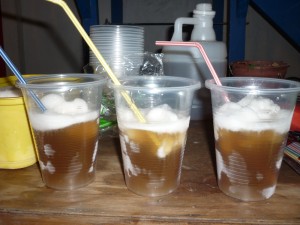 Out of all the world’s local drinks this beauty is a classic Chilean Friday nighter. It literally means “Earthquake” and will really leave you shaking in your boots the morning after the night before (should you happen to still be wearing them at that point, which is more than possible).

Whoever came up with such a concoction should be investigated for insanity, as it blends 50% cheap Chilean wine of the 10% alcohol variety with 50% coke in a pint glass.  This is then followed with a healthy 30ml shot of Fernet.  Fernet in itself is interesting as a spirit based on herbs and other unknown wonders that create a bitter yet herbal black liquor. Originating from Italy as a digestif, God only knows how it found its way into a drink mixed with wine and coke.  Next is the piece de resistence- a large spoonful of pineapple ice cream.  Others argued the case for other flavours, but pineapple seemed to be the traditional and most popular flavour.  Add straw and voila!  A strange drink that is high in sugar and intoxication rating. 4 pints of this stuff will see even the most hardy blabbering rubbish to their friends or on the floor. Earthquake! 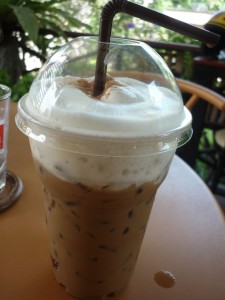 After a session of Terramotos you will probably need a good coffee. I am generally not a promoter of coffee that is adulterated to any real extent. It should be strong, with no sugar. However Laos has a way and a blend that takes coffee to a completely different direction.

This is the most well know of the world’s local drinks and is arguably not local.  Yet coffee is always locally distinctive.  A strong brew of the local coffee is bitter and lacks the roasting refinement of other countries. Yet when it is mixed with a good dose over sugar with UHT milk and plenty of ice it becomes an addictive wake up call.  Street stalls sell it in plastic bags that make you feel like you are carrying around a goldfish, for around 10- 12,000 kip (approx 80p – £1). This luxury version complete with frothy head, bought in Vientiane, is similar to a frappachino, yet still has the defining Laos flavour. Awesome as a pick me up and refresher on a hot day. 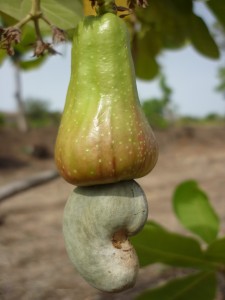 There are many juices to drink in this world. We are privy to most and yet there is a wonder that other countries have been keeping to themselves. Cashew juice.  Yes, the same plant (well tree actually) that we take cashew nuts from, also produces a luscious fruit that is very sweet and yet has the most sublime flavour I have ever tasted. That is not over rating the fact that this is the most spectacular juice ever, with the most immense flavour that is beyond description. It is like nectar and almost tastes slightly nutty.

All I can say is if you are ever in India or South America you can sometimes buy frozen packs of cashew juice to try (this leads us to believe that it degrades quickly).  This picture of the nut hanging from the fruit is under ripe. The fruit will eventually turn yellow and fall off the tree as you’d expect. What you wouldn’t expect is that the skin of the cashew nut and often around the base of the fruit is covered in hydrochloric acid and really does burn. Do not just bite into the fruit without removing the nut and washing thoroughly. People do literally get their lips burnt making this mistake.  As they say, the good things in life are never easy to obtain. 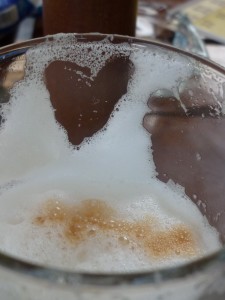 A little known spirit that was created in South America (the region encompassing both Peru and Chile) during the 1500’s when the Spanish conquistadors landed and started to grow grapes to produce wine.

The result after a few hundred years is a few varieties of a white-pale green  liquor around 35%- 50% alcohol content.  This is the basis of the great Pisco sour, claimed by both the Chileans and Peruvians as their national drink and having conceived it.  The truth is an American is thought to have created the Pisco sour as a derivative of the whisky sour, when whisky was unavailable.

Anyway. Mixing a blend of 3 parts pisco with 2 parts sugar syrup and 1 part lime juice with a solid handful of ice makes the drink itself. What is interesting about this drink however is that per glass 1/2 an egg white is added. All the ingredients are then added to a blender and pulverized until the ice has turned into small pieces and the egg white turns into a creamy head.  Bitters are then splashed over the top and there you have it.

Pisco is difficult to pick up in the west, but it is possible to buy in speciality retailers and online. We recommend you try this beauty- let us know how you get on! 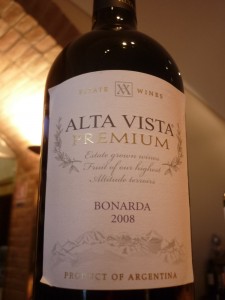 Perhaps an obvious choice, but I have gone off kilter with the actual grape choice. Have you ever heard of Bonarda? No? Exactly.

This grape was the most popular in Argentina until Europe’s consumption of Malbec grew and took center stage. However the Bonarda is a real gem, as it is sweet and really fruity. When oaked it does not lose it’s berry flavours and at the same time is lighter than the Malbec.  Often this grape is blended with Shiraz (Syrah) or Malbec to give it extra weight, but if you want and easy going wine and do not like the density of Malbec then Bonarda is the wine for you.

It is the Argentine speciality, so give it a whirl and branch out from the Malbec every no and again! 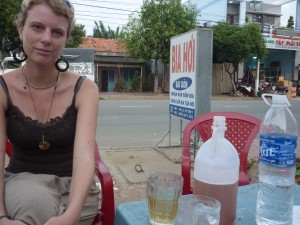 Saying the word brings back loads of memories hanging out on the side of the road and meeting random Vietnamese locals around a drink. Bia Hoi is the start of many stories.

This home brew is often touted as the moonshine of Vietnam and the water used to produce it often questionable. However we never had a problem and the locals drink it by the gallon, so it cannot be that bad!?

Literally Bia Hoi means “day beer” and has had an intense but low fermentation of around 24 hours. That said this really does vary as whatever is not consumed obviously turns into a 2 day fermentation.  The purity is not fantastic, but this is not what Bia Hoi is about. It is about cost. The cheapest beer we bought was Bia Hoi, where 1.5 litres cost 20p (6,000 Vietnamese dong).  Make sure you look around and encourage everyone to cheers-  Mot, Hai, Ba, Yo! 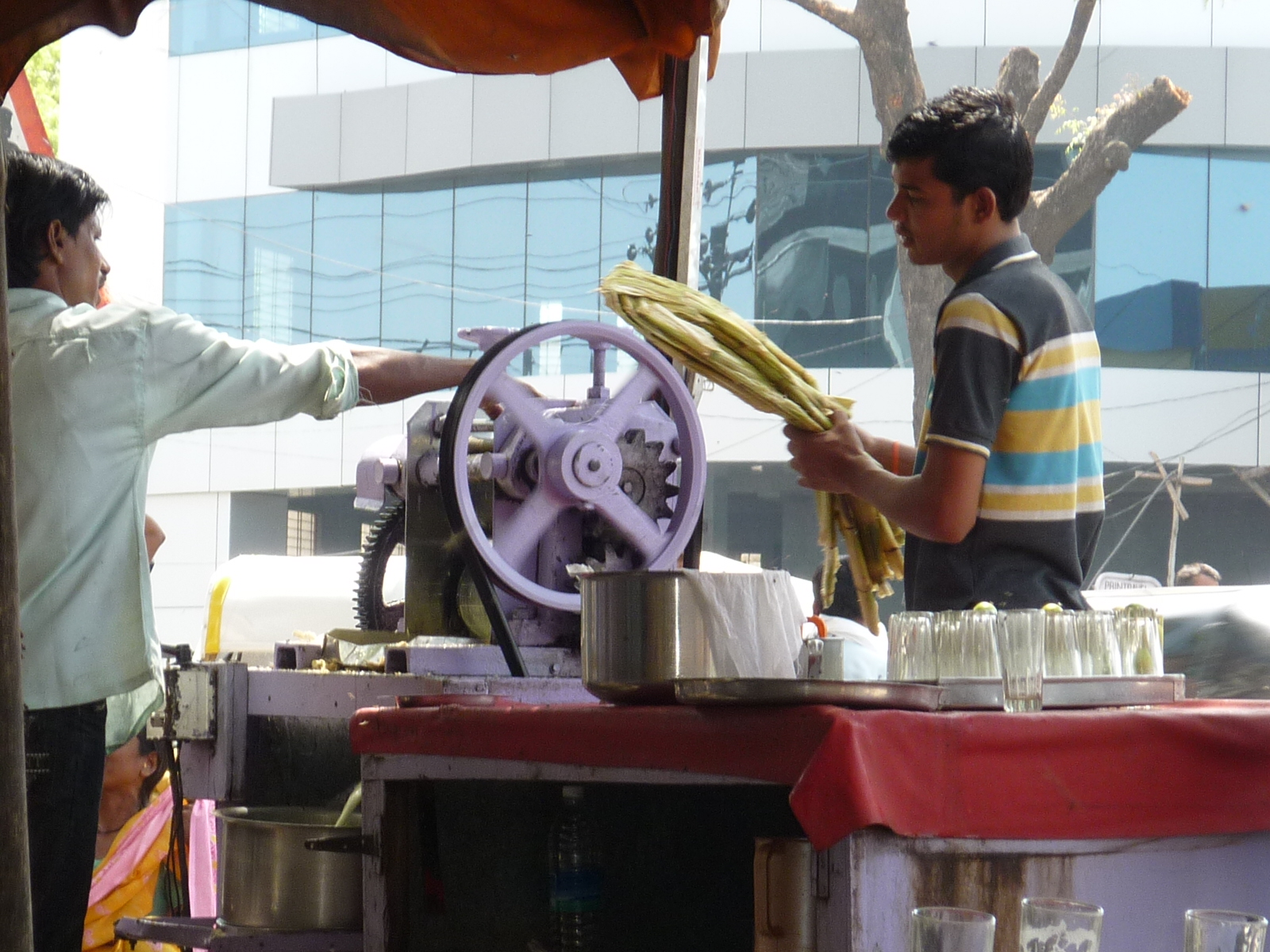 This last gem is found across Asia, but the sweetest we encountered was in India. This was also where we found it most necessary for rehydration and energy.  Sugar cane is literally the stem of the plant that is used to produce all varieties of sugar. This means that taking the juice directly from the stem is at its most natural.  It is nature’s version of coke and it tastes so much better. The machines in India are often hand wound mangles that squeeze the juice from the stems. Unfortunately often this falls on to ice to cool the juice before it arrives in a cup. However if you are concerned about hygiene issues then worry about the cup more than the ice.

We drank more than 2 of these per day across Asia and including India, as it is full of goodness, keeps you going in the sun while trekking around seeing the sights and great at keeping you hydrated. It really sums up how the vitality of good ingredients is lost in industrial processing and this was the epitome of natural out of all the world’s local drinks. I wish we had this in the UK and would pick up a fresh sugar cane juice any day.

Do you have any suggestions of the world’s local drinks that you thought were amazing?  Please add your comments below or register to become an ATWtravel author!