Part 2- Into the groove

Once more, rising to the roof to survey the waves. Once more, enormous, washed-out.

At least I got to rock a different board- a 8’ plastic job, but an improvement. My turns and riding are working well, and I haven’t missed a pop-up in days. Challenges came from backward take-offs and trying to ride goofy. The best was riding over-lapping wash- catch the second ‘wave’ as the first slows down, drop into the first one, stick on your feet and throw in another bottom turn.

Power 1- The wind, swell and tide playing havoc on the beach. Tons of water sucked out- from waist high to dry in 20 seconds of rush, and returned in a tidal wave just as fast every few minutes.

Power 2- The waves around the corner at La Santa. Such a display of pure power I never have seen as this water being thrown up into immediate 15ft waves, toppling over in the wind and pounding down into the rocky reef and white-water soup. Suicide. Few rideable waves and no surfers but a hypnotic half hour at sunset.

Power 3- Canary Wrestling- brutish Spaniards tossing each other around a sandy ring, the centre of a tiny village, with sportsmanlike aplomb.

Power 4- Dromomania. I feel totally relaxed and settled, thousands of miles from home and amongst total strangers- How? Why? Am I blessed or doomed? How best to roll with this? The Trade Winds chase happy thoughts and sandy spirits down the street tonight. 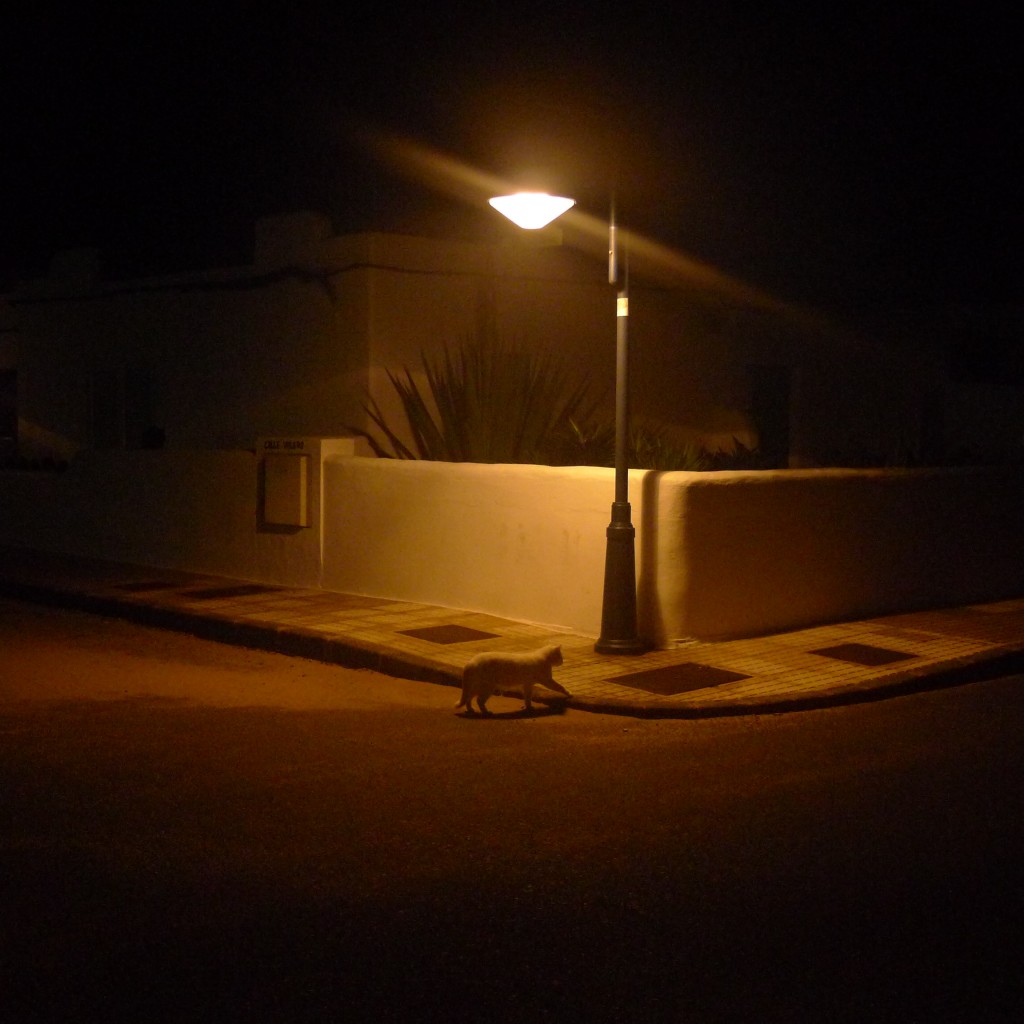 Surf- see days 5,4,3 and 2. Still good to be in the water in the sunshine, but would be gutted if that was my only week. Claudio taught me to work the white-water a little, good for technique and challenge- but I’m bursting to move on.

Apres-Surf- The Best Run in the World Ever. Half an hour up up around the headland under the cliff again, past the meditation spot, high around the bay. A bird’s eye view of the whole corner of the island- the waves along the beach and giants breaking on a reef way off into the sea. Perfect cool sunshine and steady breeze. 20 minutes of meditation as the sun sank behind far away mountains- just settled sitting, nothing strange this time. Dodging lightly down the rocky path again to the twi-lit beach for an ice-cream. Perfection in a run.

The evening brought a ‘party’ promising free BBQ at Sunset Bar- cue sitting about having a slow meal in preparation for a small barbie and a youth-clubesque gathering of uncertain guys watching a few crazy looking girls and sausages on the grill. Maybe it’s being sober? Maybe all parties are like this and everyone’s boring?? Except a sparky Spaniard, passionate about his surfing and good for a chat- a normal person. And a couple of drunk Dutch at the bar who look promising for some mischief later. I guess it’s just the kind of people who come on surf trips alone- errrr…. 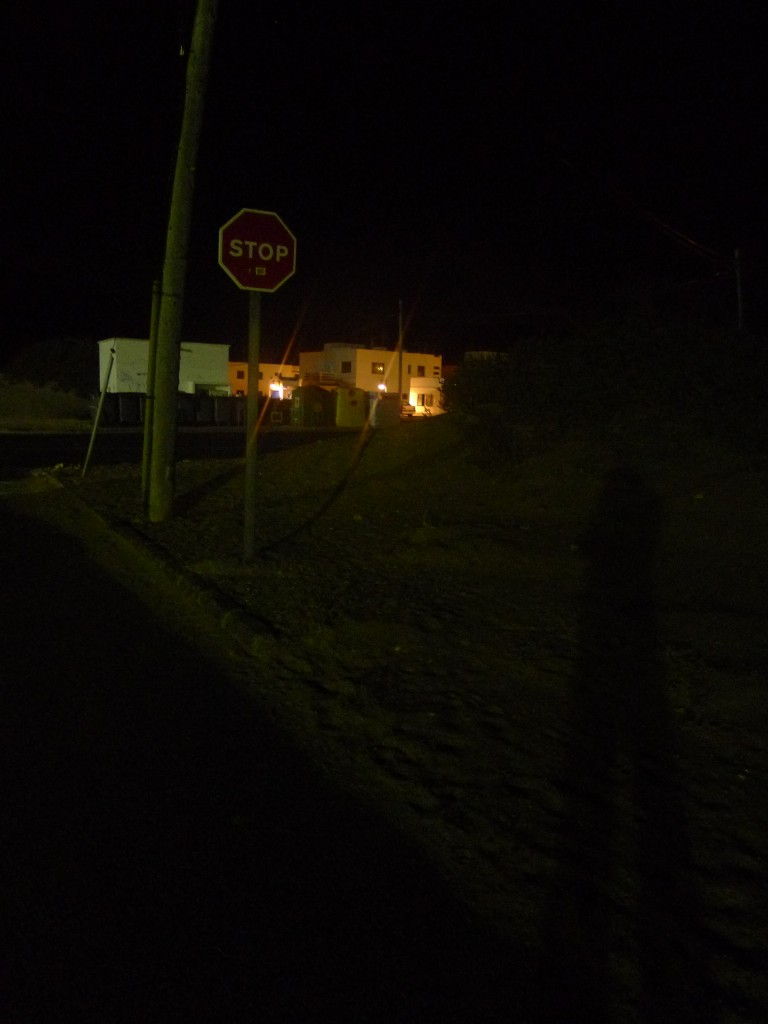 No lesson= free surfing on my sinker in more chop. Smaller waves, but howling 20mph winds snatching greedily at both waves and board. Initial frustrations at the difficulty of the board and conditions gave way to satisfaction when it worked, the lithe board feeling good at my feet. Patience broke twice as I pushed through the break only to be slammed again by an unridable lump- coming up gasping and growling. Things calmed and I got outside, it felt like the mid-Atlantic- all big chop and no form at all. The final ride made amends- a breaking brute that I kept pinned to for a ride impressive enough to earn a grin and a thumbs up from a learner.

3hrs in the washing machine was all I needed- home for lunch and a quiet afternoon of Spanish and dozing, exhausted. Given time I hit Sunset Wi-Fi with the laptop to check work over a banana shake- I shouldn’t have. Dreadful. It all seems so stressful, meaningless, stifiling, political. Clients so important it’s hard to keep them ‘just work’, even when dealing with so many variables- legislation, attitudes, investment performance. EZ ISA’s going nowhere fast, and may well never, just an expensive, egotistical flight of fancy- but I still believe it’s right it exists. Work’s not right though, just pay- something has got to give- 20 minutes of just checking, not even dealing with, left me depressed.

Home to the second half of ‘Living in the Material World’ for the second time- a wonderful, inspiring antidote. 45 mins of yoga and a full hour of good meditation- recovery completed.