Return to Planning Your Trip

India is a place of extremes in every sense of the word. That is exactly what makes India so appealing to explore.  Extreme heat and dust, then torrential rain and flooding. Not the UK’s version of flooding, we are talking FLOODING. The Indian way of life also varies from the cities, which are really hectic to the ultra slow pace of life in the country/ forest. Travelling is also extreme. People hang on the the outside of trains and journeys can take 5 days to travel across the country.

Cash and Budgeting for India:

We travelled as a couple which makes things cheaper.  We also balanced our experiences out and although we mostly stayed in places that were as cheap as possible when we were on the road we also took part in a 18 days of free accommodation through “working” on a mango farm, which was actually a valuable part of our experience and well worth it.

The Rupee (Rs) when we were there for a total of 117 days varied between 63 – 71 rupees to the pound.  It is worth noting that India´s inflation rate is currently at about 11%, which made it hard to appreciate how much hotels and hostels would cost when we were there. Remember the inflation rate when the guide books give you a price for when you will be there. The books are often 8 months old even when they are “Hot off the press”.

Mumbai was the most expensive place we went to and cost around 7- 10 pounds for a reasonably cheap night.  We also spent 1 pound per night in a scummy dormitory in Aurangabad.

Transport cost us on average 58.43 Rs (Approx 87p), which included trains, taxis, rikshaws, horse rides in Agra and EVERYTHING.  In India planning your Train journey is the cheapest way to go.  We never caught a ´normal´ cab, but always a rickshaw and ensured that we were not ripped off at any point (Hindi helps with this a lot.  “Tameeze Rakier” means have respect and can be useful in getting people to realise you are not going to be taken for a ride- sorry terrible pun!).  We would walk if there were no rickshaw drivers who would take us for the rate that was around usual for Indian people.

Malaria risk exists throughout the year in the whole country at altitudes below 2000 m, with overall 40% to 50% of cases due to P. falciparum and the remaining due to P. vivax.

There is no transmission in parts of the states of Himachal Pradesh, Jammu and Kashmir, and Sikkim.

P. falciparum resistance to chloroquine and sulfadoxine-pyrimethamine reported. As such ensure that Anti-Malarials are dioxycycline or Malarone. (Compare costs here by scrolling down the page a bit!)

What is Incredible Indian Food (and “Delhi Belly”) We found the following food map of Indian food posted on a wall in a dimly lit hostel in Varanasi.  It is brilliant as it shows the regional variation of Indian food. India’s food really is diverse depending on the region and this map demonstrates the numerous influences … 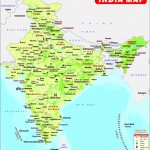 What India weather can you expect? The weather in India varies dramatically.  This section is crucial because it has a huge influence over which cities, places, sights etc you might want to travel to; where becomes unsafe and what activities are available. Of course this is generally influenced by the dry vs monsoon season. The …

Sights and Activities: What is there to do? Errrr… just a bit! The following is an overview of some of the sights and activities of various interests and a broad variation to give just a flavour, a small hint of what is available to see and do. Safari to see the Bengal tiger: Jeep, entrance and …