Is there a local food eaten in Antarctica? If so what is it?… 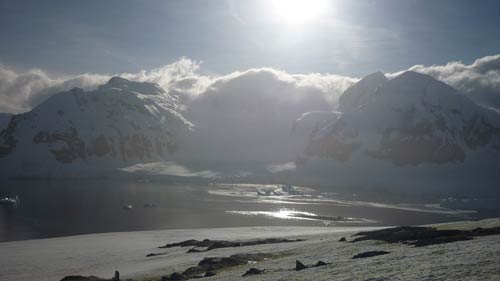 The last wilderness on earth, home only to temporary scientists, penguins, seals and other wildlife, fighting for survival in a harsh subzero climate. It is no wonder that it took so long for mankind to reach this frozen continent and battle against it to unravel its mysteries. 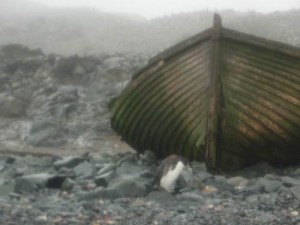 It took us 3 days to cross the Drake passage, the most turbulent sea in the world. Finally we reached the dark, towering peaks of the South Shetland Islands, and walked among antique whaling boat-wrecks, where the first glimpse of the Antarctic Continent was made. Early explorers took months to reach this remote location and eating was the key to survival in this inhospitable climate, which can change in a second from clear blue skies to a raging blizzard. 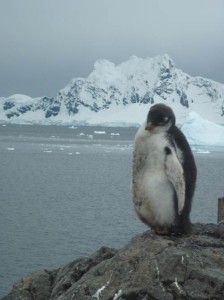 Misadventures have forced explorers to spend the winter in Antarctica where the only option was to eat seal and penguin, which apparently tasted like fish but had the texture of pork. Unbeknownst to people at the time, Penguin meat contains an unusually high amount of vitamin C. This kept scurvy and subsequent death at bay. Seal blubber also usefully worked as candle light in the 24 hour darkness. These animals really did help to keep people alive! Antarctic meat boiled with snow are the meals that truly originate from this great yet sparse continent. However we decided these may be too unappealing to cook and of course would never encourage people finding ingredients in their local zoo!

Instead, there were food combinations created specifically for exploration missions across the ice of Antarctica and both tell the story of how food literally is survival. Every explorer to have experienced the world for a few months at its most bone numbing, recall in their diaries of eating Pemmican and Sledging Biscuits fondly.

Both of these dishes are deeply intertwined with mankind’s relationship with Antarctica and can be considered the food of the white continent.